The Principles behind Princesses vs Dragons: Part 2 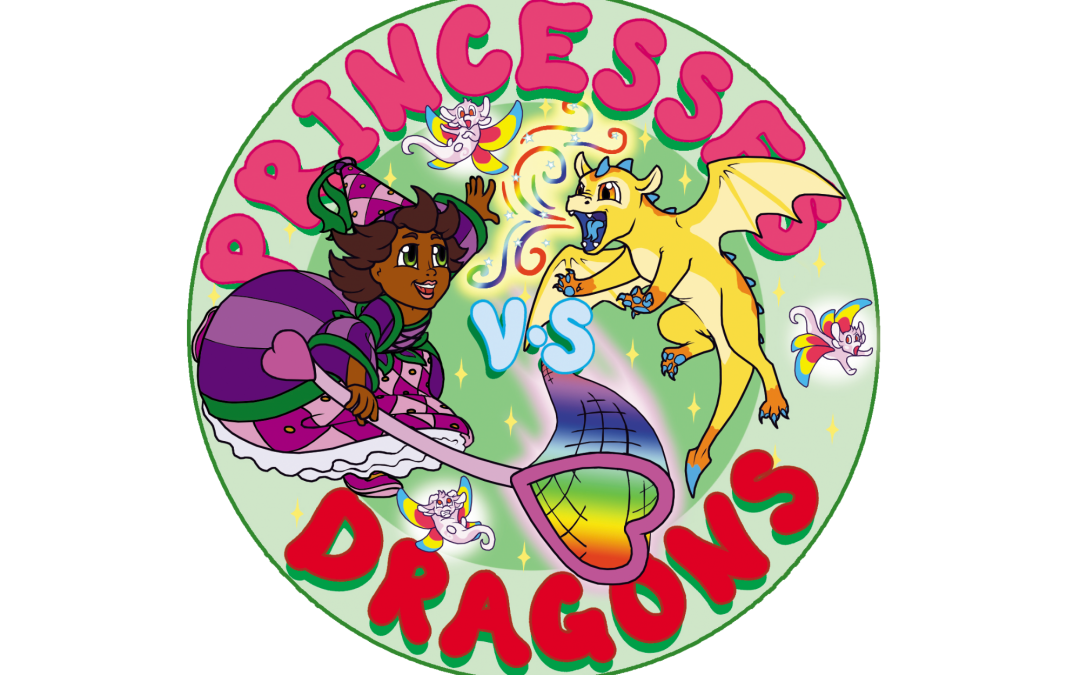 The Principles behind Princesses vs Dragons: Part 2

In part 1, we had an overview of the game and the principles governing the game’s style.
In part 2 we’ll look at the principles behind the gameplay, design and production.

We made conscious decisions to keep the gameplay simple, with a small number of mechanics for the characters, allowing players of all ages and skill levels to pick up and play easily. We have two playable character types: The Princess and the Dragon. All Princesses have the same abilities: A net, an invulnerability shield and a double jump/wall climbing ability.
All dragons can glide, roar and use sparkle breath. Princesses are aggressive hunters that excel in chasing down dragons, while dragons are more maneuverable and use their range to ambush unsuspecting princesses.

Different game modes use different ratios of princesses to dragons, allowing for different gameplay strategies, however, the character abilities remain the same, the only difference is in some modes attacks all stun rather than respawn the opponent. Respawns only occur on scoring a point, and so players are only stunned in game modes where points are not scored on captures. This allows the player to become familiar with the character abilities and strategies while applying them to different scenarios, making gameplay easier to pick up.

Consistency in abilities and ease of use are fundamental to gameplay. Both characters are easy to pick up, the Princess being easier to start with, but both can be mastered for more advanced strategies.

As we are a small team working on our first game, we have to be flexible with our development. To do this, from the start we have worked with a modular design, with each system being independent of the others, so that we can add or remove features as needed without setting back the entire project. This has allowed us to make some rapid changes when features have not worked, or cut features when we have had to reassess the scope of the project. It also allows us to build in new features or concepts rapidly because we already have the other elements working.

This has been key to our level design and game mode strategy, where we play with different concepts of how the character abilities can be used by adding different variables to levels or changing the objectives. As we are a startup with limited resources, this has allowed us to rapidly develop new content.